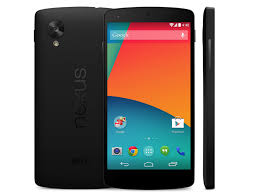 The long wait is over for some Nexus phone users who have encountered issues on their units as Google started rolling out its Android Lollipop 5.1.1 update to Nexus 4, Nexus 5, and Nexus 9 LTE models, joining Nexus 9 (wifi only), Nexus 10, and Nexus Player set top box models using Android 5.1.1 for its devices.

The update is 25MB in size and is not considered a major update. It will mostly address critical bug fixes for memory leak issues and stability improvements. The Android 5 firmware, which was released last year, was reportedly overwhelmed with bugs that caused problems to the handset’s security, camera and even made some units unusable. For such a gravity of issue, it is most of the time assumed that fixes be addressed as soon as possible. Nonetheless, the update to address the bugs was released only a year later. According to latinpost, the gap between the issue and the fix is owed to the development process where Google initially develops Android before pushing to other Nexus devices. Other phones had to do additional modification to tailor to its technology and other network needs.

Google has also started rolling its over-the-air (OTA) updates, which is expected to continue over the next few months before reaching all its users. This is noted through a system notification and once updated to Android 5.1.1, Nexus 4 will show a build number of LMY47V, LMY48B for Nexus 5, and LRX22L for Nexus 9 LTE. Earlier this week, some direct links were also published for those who want to update their devices ahead of the system notification. Additionally, users of Nexus 9 will first have to update to Android 5.0.2 prior to upgrading to Android 5.1.1.

With this recent update, it can be observed that Nexus 6, the latest smartphone from Nexus, does not come with Android 5.1.1 Lollipop, but only with 5.1 firmware.