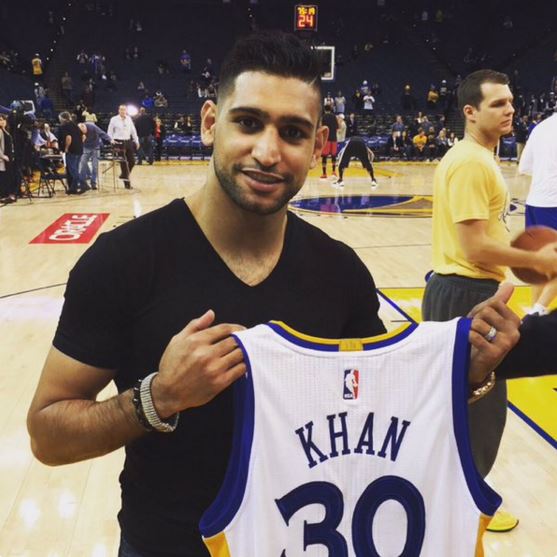 Amir Khan surprised the public with his decision to face middleweight champion Saul “Canelo” Alvarez, instead of the initial talks on “Battle of Britain” with Kell Brook on May 7 in Las Vegas.

The discussion between the groups of Khan and Brook has already been brewed last year. However, Khan opted to increase his weight and fight Alvarez instead, while Brook will face Kevin Bizier to guard his welterweight title.

According to The Guardian, Khan was initially offered a guaranteed pay out of 10 million by Brook’s promoter Eddie Hearn, but when they were finalizing the details, the offer changed.

He said, “I was offered by Eddie Hearn 10m, when I was at a fight in Liverpool. That’s what I stuck to and as soon as I said: ‘That’s what I want for the fight,’ everyone turned against me and said I was overvaluing myself.”

He added that Hearn told him he will make 10m if he fights with Brook, but upon returning to the negotiation, Hearn said, “We can’t offer you that much.” He added that the new offer was not anywhere near the range of the initial offer.

On the other hand, Hearn indicated on his Twitter account, which is said to be already deleted, that Khan’s group were negotiating to get 80 percent of the stakes. Hearn is offering 60-40 in favor of Brook, as his fighter is a world champion.

Because the two parties were not able to come up with an agreement that they are amenable with, Khan and Brook will be fighting different boxers instead.

Nonetheless, Brook is still interested in fighting Khan after their battles with Bizier and Alvarez, respectively.

According to Boxing News 24, Brook said to Skysports.com that “It’s a dream fight because Canelo is up there as one of the best in the boxing world, so let’s see what he can do with him.”

He added, “I respect him [Khan] for taking the fight and once he’s got the fight out the way, who knows? We could still sit down and make the fight happen.”

However, the same news portal believes that Khan does not stand a chance in his upcoming fight.