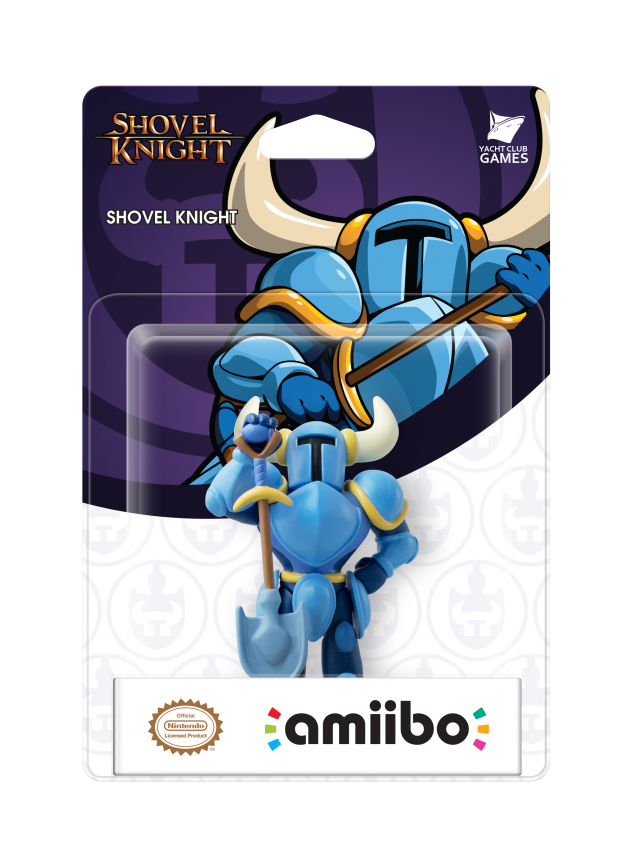 Yacht Club Games officially reveals that “Shovel Knight” has its own Amiibo featuring the main protagonist that can unlock new ways to play the hit indie game.

In its official statement, the developer said that they have been working on the figurine for over a year, “Not only can Shovel Knight guard your desk and party with the other amiibo in your collection, but it also unlocks new ways to play the game you already love! Shovel Knight brings two-player co-op to the Wii U, and will unlock additional challenges and customization options across both the Wii U and 3DS!” they further stated.

When it comes to co-operative play, a player can join another campaign to help a friend finish a mission; deep customization includes new relics, abilities, power, cool looks and cosmetic options; and the Amiibo may have an extended use for other future compatible games from Yacht Club.

Although there have been other Amiibo before such as Pac-Man, Mega Man, and Street Fighter’s Ryu, all were designed for Super Smash Brothers. Reports claim that what makes the Shovel Knight unique is it marks the first time for Nintendo to allow licensing for manufacturing and distributing of Amiibo to a third-party developer.

A Nintendo licensing manager said on an interview with GameXplain that the unique offer is an edge over their competitors, “We were like, what’s one thing that Nintendo could do that nobody [else] could ever do?”

While Nintendo senior marketing manager for publisher and developer relations Damon Baker told Forbes that the move is what made sense right now, “We’re open to all sorts of proposals, and to be perfectly honest, we’ve been receiving proposals since we announced amiibo in 2014. We wanted to make sense to fans and to the community.”

“We really do have a very creative landscape and toolset to work with for independent developers. They can come up with some very unique ways of playing their existing games or come up with brand new unique concepts,” Barker continued.

Specific date for the arrival of the Amiibo has not been announced yet.

'The Wave' spoilers: Tsunami to hit city in 10 minutes