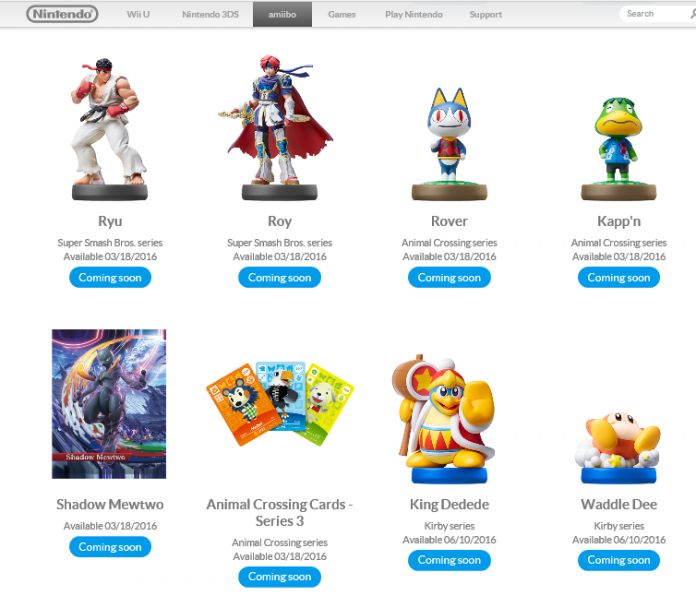 Starting March 18, new Amiibos will be released by Nintendo. Amiibo collectors will also have the chance to purchase the toys to life at 20 percent off through Amazon.

As for Amiibo cards, Animal Crossing Cards series three will be released on March 18, whereas the fourth series will be out on June 10.

Moreover, Amiibo News, a fan-made account for the game, reported on its Twitter account that Animal Crossing 3-Pack is now available at a discounted price of $17.08.

More discounted Amiibo characters were announced through Amiibo News’ Facebook account. Fans of Kirby, the Planet Robobot and USA, the Standalone Digby Amiibo are available for pre-order on Amazon at 20 percent off with Prime. Also on sale are the characters Ryu, ROB and the AC Amiibo.

'Dragon Ball Xenoverse 2' news: Upcoming title to be playable at...