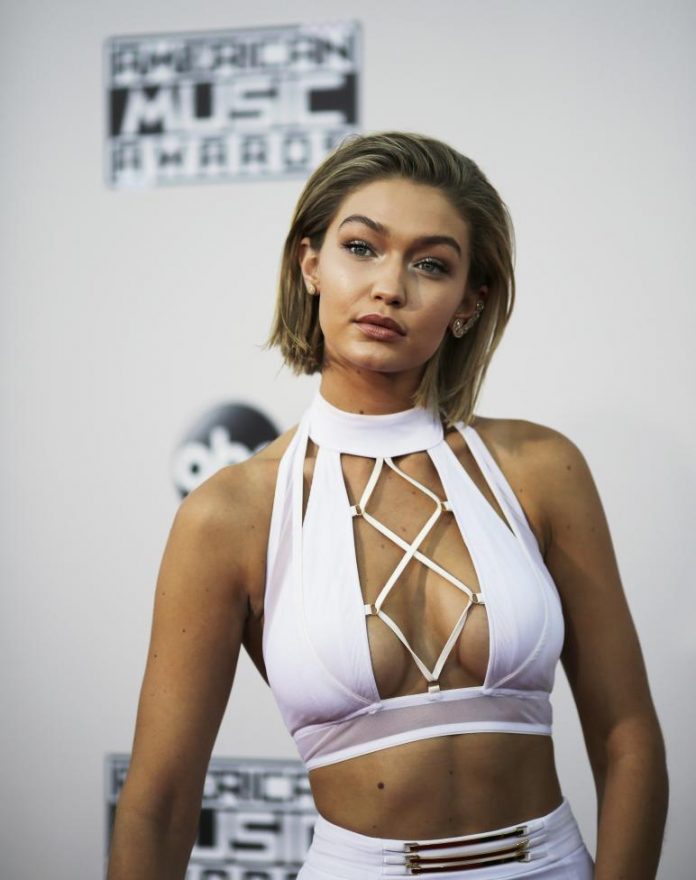 Sunday night marked the annual American Music Awards held at the Microsoft Theater in the heart of Los Angeles. The 43<sup>rd gathering of music’s finest turned out a pretty good number of stars making the occasion more glamorous.

Created by famed American producer Dick Clark in 1973, it is hailed as ABC’s answer to the Grammy Awards. The AMAs has since continued to give credit and appreciation to everyone who had an exceptional year in the music industry.

Naturally, Hollywood stars brought their A game in terms of fashion. Bold statements, new hairdos, and a lot of strategic prints and cutouts for a sexier boost dominated the carpet.

New Victoria’s Secret Angel and supermodel Gigi Hadid debuted a shorter blonde bob which is a much different look from her usual long flowing mane. She also donned a torso-bearing, white-haltered number by Bao Tranchi. Meanwhile, her BFF and also a new Angel, Kendall Jenner walked the carpet with younger sister Kylie. Kendall also revealed a new hairstyle. The Jenner sisters both wore black, with Kendall opting for a little black dress while Kylie chose a long dress with a side slit.

Selena Gomez, meanwhile, also wowed the crow in a sparkly red mid-length dress made by Givenchy. The “Same Old Love” singer has recently been in the spotlight not just because of the release of her new album but also because of the rumors that she is with Justin Bieber again.

On the other hand, singer Gwen Stefani also made an impression with a caped and sheer tulle dress. Blake Shelton’s new lady love performed her new song “Used to Love You” in the program proper, a song that is rumored to be about her ex-husband, Gavin Rossdale.

A few other notable appearances are Zendaya, who wore a matching pink set by Emanuel Ungaro, Jennifer Lopez, in a cutout dress, and Nina Dobrev, in a Zuhair Murad matching dress and cropped blazer.