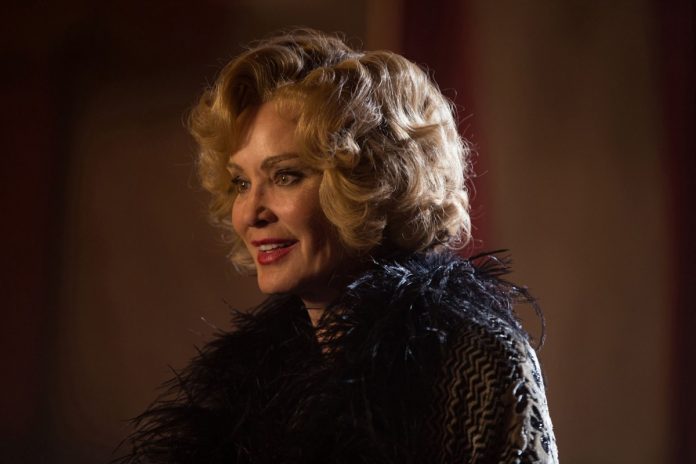 Jessica Lange recently addressed the speculations about whether she will return to FX’s anthology thriller series “American Horror Story” season 6.

In a recent interview, the award-winning actress told Charlie Rose about her decision stating, “No, I think you know I had four years with that, four seasons, and each year was a marvelous character. Everything changed from one year to another which made it very interesting to me. But no, I think sometimes you come to the end of something.”

When Rose replied with, “But I mean, people loved you in that,” Lange simply quipped, “I know, I know, it’s funny.” Lange has appeared in the first four installments titled “Murder House,” “Asylum,” “Coven,” and left after “Freak Show.”

Series creator Ryan Murphy shared previously that he was hopeful the actress would return for the new season. “I’ve been talking to her. It’s always possible. I’m trying to deal with her play schedule. Jessica is always about the character. She’ll be back — she’s not gone forever,” he said to Entertainment Weekly.

“That’s the fun and fresh thing about the show: sometimes somebody has to go away before you realize how much you miss them. She wants to come back, we just have to come up with something,” he added.

Although the news may be disappointing to the series’ longtime fans, they may still catch Lange in her other collaboration with Murphy, “Feud.” She will star alongside Susan Sarandon as they portray Bette Davis and Joan Crawford during theIR infamous rivalry in the set of 1960s hit “What Ever Happened to Baby Jane?”

She is also nominated for a Tony Award for her role as Mary Tyrone in the revival of “Long Day’s Journey into Night.” If she wins, she is another step closer to achieving the coveted EGOT title – Emmy, Grammy, Oscar, Tony.

Meanwhile, confirmed cast members returning to the sixth season of “American Horror Story” are Angela Bassett and Lady Gaga, but it remains to be seen when the new episodes will air.