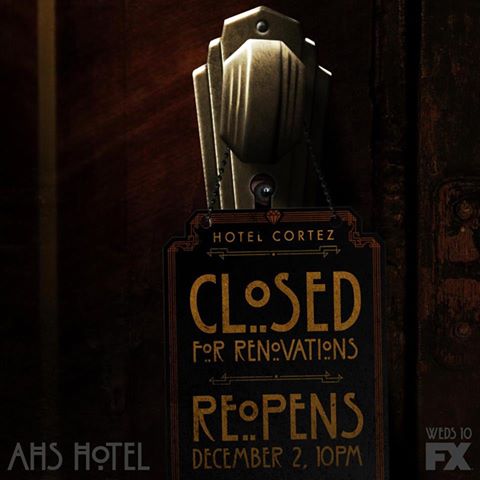 After a short hiatus, FX’s anthology series “American Horror Story” will have two of its characters solve one of the overarching mysteries of the show.

John Lowe, played by West Bentley, admitted himself in West Los Angeles Health Center believing that the killer who uses the Ten Commandments in plotting against his victims is locked up in the facility. He encountered a girl named Wren, who acts somehow as an accomplice of the murderer as she also murdered other innocent people. She decided that she will help John look for the culprit. However, on a sudden turn of events, she gets hit by a truck when she ran into traffic.

In the next episode titled “Ten Commandments Killer,” it seems like even though John seemingly lost his trail to the person behind all the gruesome acts, he will be helped by Sally, played by Sarah Paulson.

The sneak peek revealed the two walking side-by-side down Hotel Cortez’s corridor with Sally saying, “I’m telling you, there are answers on the side of this door.” The promotional video also showed that Sally’s arrangement with the wealthy hotelier and this season’s big bad, Evan Peters’ James March, will be made known to the viewers.

Sally tells March that they apparently have unfinished business together with the latter shouting to the former, “He’s not yours!” Meanwhile, there is also a scene showing John standing on a toilet seat on what could be a suicide attempt by hanging. On the other hand, the Countess, portrayed by Lady Gaga, tells her former husband March that it brings her so much joy seeing him suffer.

Although it remains to be seen who the killer actually is, some speculations point to Cheyenne Jackson’s mysterious character, Will Drake. Aside from being a wealthy fashion designer, only few details are known about him.

Jackson also teased to TV Guide previously that his role is interesting, “I think some of the mysteries of how he ended up at the Cortez are answered, because nothing is arbitrary. You’ll definitely find out what makes him tick more and the way he ends up I hate being so cryptic, but you know we have to be but it will definitely make sense when it’s all said and done.”