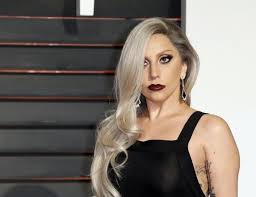 Lady Gaga’s casting in American Horror Story season 5 may be getting mixed reactions globally from fans, but the cast is solid in its support and trusts Ryan Murphy’s judgment in keeping the show interesting, engaging, and relevant to the times.

The Ecumenical News has reported that there will be more spoilers for the show from Ryan Murphy and Brad Falchuk at the San Diego Comic Con, and this is something that fans have been eagerly awaiting leading up to the show’s Season 5 premiere.

“It actually makes a lot of sense for her to be on this show. The show is heightened and gothic and that’s sort of what she is. It’s a good omen for the way the season will turn out,” said  cast member Finn Wittrock to Realty Today.

Design and Trend revealed that even the actors are really still kept in the dark but they are just as excited as the fans to find out what Murphy has in store for Lady Gaga.

It has already been previously reported that Angela Bassett will be giving Lady Gaga some trouble and that Sarah Paulson and Evan Peters will be possible big baddies for the season. Despite high interest for the show, the spoilers have been so tiny compared to its other contemporaries.

Meanwhile, Jessica Lange will no longer be returning to the show after headlining the first four seasons, according to Christian Today.

'Fairy Tail' chapter 506 spoilers, plot: Natsu, Gray get together to...