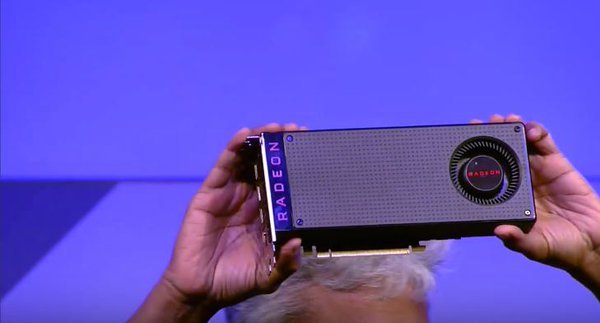 It seems that fans and members of Red Team are in for a massive treat as AMD just announced the new Radeon RX 480 graphics processing unit (GPU), a video card with premium virtual reality (VR) capabilities priced at only $199.

AMD, also known as Advanced Micro Devices, Inc., announced the new video card on the company’s official website, slating the unit’s launch and widespread availability on June 29. Called Radeon RX 480, the video card confirmed the longstanding rumors of AMD’s new Polaris GPU microarchitecture. The card will be the first of the RX 400 series and will run with the Polaris 10, improving over the Fiji architecture used for the company’s top tier cards in the RX 300 series.

According to the company, the new Radeon RX 480 is capable of bringing the VR performance of $500 GPUs at the more economical price of $199, which shows that the company’s strategy on its new Polaris cards might hinge on offering lower prices compared to premium options in order to garner a more widespread appeal.

PC World reported that the company already tested the Radeon RX 480 against one of the cards of AMD’s primary rival, NVIDIA. The test pitted two Radeon RX 480 cards running with AMD’s CrossFire technology against the more expensive GeForce GTX 1080 card from NVIDIA with the real-time strategy game “Ashes of the Singularity.”

The Radeon RX 480 tandem beat the GeForce GTX 1080 in framerate, with 62.5 frames for the former against the latter’s 58.7 frames. It should be noted that using “Ashes of the Singularity” stacked the odds in favor of AMD as it supports DirectX 12 better than NVIDIA’s card, though the test still brings some very interesting points as it was still a total of $400 worth of cards against $700.

At the very least, there is still a good few weeks of possible third-party testing ahead of AMD’s June 29 launch for the Radeon RX 480.