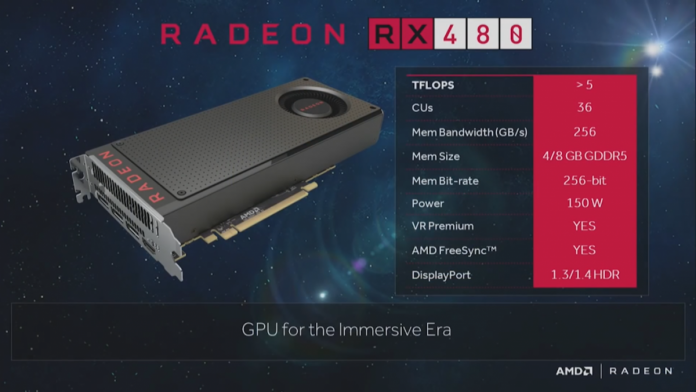 Gamers who have been waiting for an affordable yet powerful graphics processing unit (GPU) might be able to take interest in the recently launched AMD Radeon RX 470 chipset, a mid-range graphics card with support for virtual reality (VR) and focuses on delivering high resolution gaming experiences to laptops and computers.

The Radeon RX 470 is backwards compatible with previous versions of DirectX, starting from DirectX 8, 9, 10, 11, and supports the latest version of the engine, DirectX 12. The Vulkan application program interface (API) is also supported for VR content.

“Gamers and consumers today are being left behind,” said Raja Koduri, senior vice president and chief architect, Radeon Technologies Group, AMD. “Today only the top 16 percent of PC gamers are purchasing GPUs that deliver premium VR and Gaming experiences. Hundreds of millions of gamers have been relegated to using outdated technology. Notebook gamers are often forced to compromise. And tens of millions more can only read about incredible PC VR experiences that they can’t enjoy for themselves. That all changes with the Radeon RX Series, placing compelling and advanced high-end gaming and VR technologies within reach of everyone.”

For technical specifications, the new AMD Radeon RX 470 was built using the Polaris 10 GPU architecture in a 14 nm FinFET build, and with a performance speed of up to roughly 5 teraflops per second. The clock frequency of the graphics card was not yet announced by AMD. The card is available in memory capacity options of 4 GB and 8 GB random access memory (RAM), with a 7 GHz memory clock speed. The card supports a bandwidth capacity for its memory of up to 224 GB/s speeds. Finally, the card consumes 110 watts worth of power.

The expected price for the new Radeon RX 470 graphics card goes for around $149 for the 4 GB variant and $179 for the 8 GB variant. The GPU is expected to arrive soon.