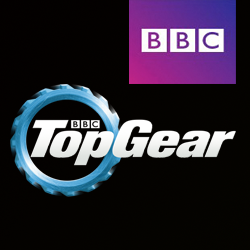 Motoring fans may have to wait a little longer as the touted upcoming automotive show from Amazon Prime, which is currently unnamed but reportedly similar to BBC’s “Top Gear” seems to be still under production.

Original hosts of the British car show – Jeremy Clarkson, Richard Hammond, and James May – have posted the preparations they are making for the new car series by sharing images of their current work station.

Taking it to Twitter, Clarkson said “We moved into our new offices today” showing an image of himself in what could be an empty space to which May humorously quips with, “Don’t be misled by Clarkson’s picture. My new office is fully equipped.”

Hammond also joins in the fun and stated, “Our new office: we’re in. Everything is ready, they’re just, er, checking a thing,” while people are constructing the place. “…and best of all, we get to make our own office furniture out of cardboard boxes. #newoffice,” he added.

Back in March last year, Clarkson’s contract was not renewed by BBC after he got in an altercation with a producer. Hammond and May followed after, along with executive producer Andy Wilman.

It remains to be seen when the streaming service will release the show.

Former mystery masked driver Ben Collins also known as ‘The Stig’ from 2003 until 2010, shared his opinion about the revamp, saying that the show will benefit from altering its format and having Evans taking over.

“It was an absolute riot coming up with this off wall stuff but it’s very hard to be new and innovating when you’re producing that many shows every year and the audience becomes wise to your tricks and they expect more with bigger and better all the time and it does become very hard,” Collins said.

'Orphan Black' season 5 spoilers: Series creators on whether or not...