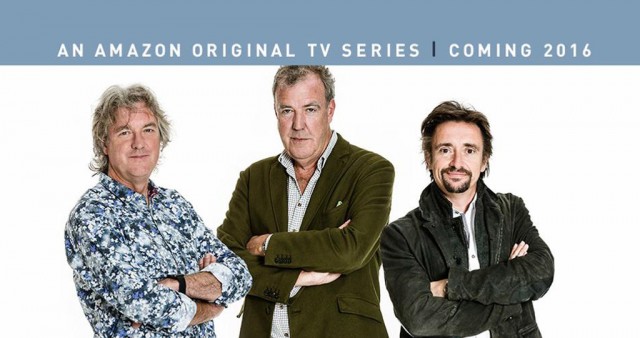 Temporarily dubbed as Amazon “Top Gear” for quite some time, the new motoring show is now given a proper title in “The Grand Tour.”

The brainchild of presenters Jeremy Clarkson, Richard Hammond and James May, the new show was born after the three hosts departed the BBC series “Top Gear.” The program just has an initial contract of 36 episodes in a span of three years and will be broadcasted via Amazon video on a weekly interval some time later this year.

Although some may confuse the new show as a part of the BBC long-running series given that the three are already familiar faces for automobile aficionados, “The Grand Tour” will actually take on a very different format from “Top Gear.” The trio will adapt a road trip kind of production where they will be travelling from one place to another. Interestingly, they will also bring in a huge tent which will be put up in the supposed location for the day and will stand as its studio or hub for that specific episode/s.

Given this, fans can expect that the road show will take Clarkson, May and Hammond to different spots all throughout the first limited run of the program. As of now, “The Grand Tour” has only divulged one location in Yorkshire which could possibly be the backdrop for the pilot given the hosts’ affinity to it.

“GT news. The only place where we will definitely be pitching our tent is Yorkshire. All 3 of us grew up there,” Clarkson recently tweeted followed by, “Tomorrow, we shall name the first location for The Grand Tour. Surprisingly, it’s not Texas, or Heckmondwike.”

The 56-year-old video journalist also dropped in other places like Croatia, Berlin, California and Scotland as possible destinations for the show although nothing is yet confirmed.

Meanwhile, the original “Top Gear” also underwent major changes with host Chris Evans roped in together with other notable personas including Rory Reid, Sabine Schmitz, Chris Harris, Eddie Jordan as well as Matt LeBlanc to be the presenters of the BBC series.