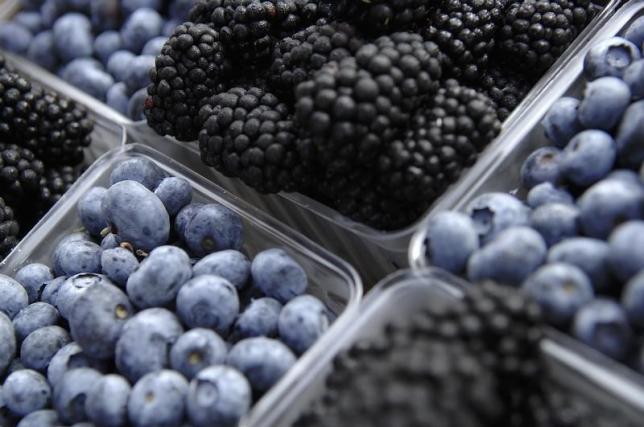 Already considered to be a “superfruit” due to its potential in lowering the risk for heart disease and cancer, blueberries now may add one more health benefit to its portfolio: fighting off Alzheimer’s disease. Blueberries are know to contain very important antioxidants that could prevent dementia and its effects.

A new study, done by researchers from the University of Cincinnati Academic Health Center, did two studies on humans to follow up on earlier clinical trials.

In one study, the researchers gave 47 adults (aged 68 and older) who were diagnosed mild cognitive impairment, freeze-dried blueberry powder once a day for 16 weeks. Results showed that there was an improvement in cognitive performance and brain function in those that took the blueberry poweder. In addition, functional magnetic resonance imaging (fMRI) showed increased brain activity in these indviduals.

In the other study, resaerchers included 94 people (aged 62 to 80) who were not diagnosed with cognitive issues by subjectively felt that they had declining cognitive function. These people were then given  either a placebo, blueberry powder, fish oil, or a combination of the blueberry powder, and fish oil.

However, results show that there was little improvement with memory in these patients. The researchers hypothesize that the effect may be smaller for this study because the participants were not diagnosed with any coginitive issues and that these issues were very subjective.

Despite this, the researchers still believe that blueberries are effective in treating cognitive impairments such those observed during Alzheimer’s.

“Our new findings corroborate those of previous animal studies and preliminary human studies, adding further support to the notion that blueberries can have a real benefit in improving memory and cognitive function in some older adults,” said Robert Krikorian, Ph.D., leader of the research team, as quoted by a press release by the American Chemical Society (ACS).

The researchers indicated that the next step was to determine if blueberries could prevent the onset of Alzheimer’s disease. They plan to assess the effects of the fruit in a younger group of people,aged 50-65, as well as including people who are at risk of developing the disease such as those that are obese or have high blood pressure.

This study was presented last March 13 at the 251<sup>st National Meeting & Exposition of the American Chemical Society (ACS).

Flu treatment news: Paracetamol has no effect on flu, according to...