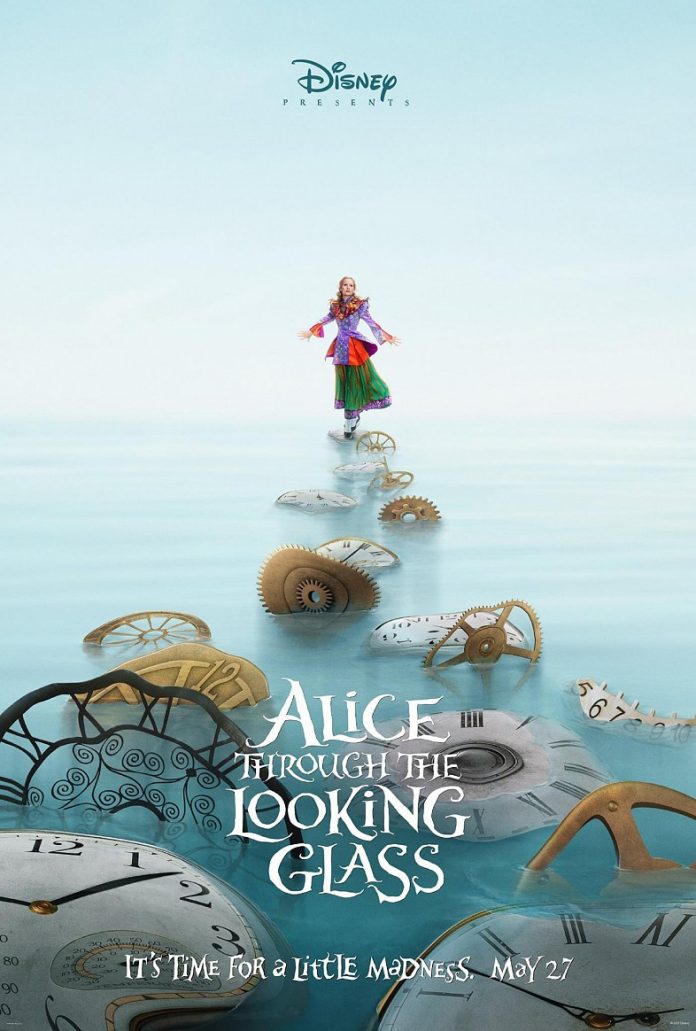 First unveiled three months ago during D23 Expo event in Anaheim, California, the network took to its official Twitter account to share the sneak peek with the caption stating, “Today is a very important date. It’s Time to fall back.” The 11-second clip opens with the words that read “It’s Time To Go Back” and has Mia Wasikowska as the titular character going out of the door and falling through the sky towards a lush landscape below.

Although details are being kept under wraps, the movie is speculated to become some sort of a prequel and a sequel to Tim Burton’s “Alice in Wonderland” shown in 2010. Returning to reprise their roles are Johnny Depp as the Mad Hatter, Anne Hathaway as the White Queen and Helena Bonham Carter as the Red Queen. The voice actors will also be composed of the original ones such as Stephen Fry as the Cheshire Cat, Alan Rickman as the Blue Caterpillar, and Michael Sheen as the White Rabbit.

Joining the cast are new characters The Mad Hatter’s father, Zanik Hightopp and a new villain called Time, to be portrayed by Rhys Ifans and Sacha Baron Cohen, respectively. Even though Burton will not take the helm as the director this time around, fans of his work may expect that some of his signature style could still be incorporated as he will produce it.

Taking his place for the installment is James Bobin with Linda Woolverton as the scriptwriter.

When it comes to the plot, reports claim that a grown-up Alice Kingsleigh will go back in time and to Underland in order to help the Mad Hatter. They presumably will both go on a journey to correct the wrongs that have occurred in the past.

“Alice in Wonderland: Through the Looking Glass” is slated to hit the cinemas on May 27, 2016 to be presented in Digital 3D, Real D 3D and IMAX 3D.

UFC 196 news: Holm 'readier than ever' to defend Bantamweight ...