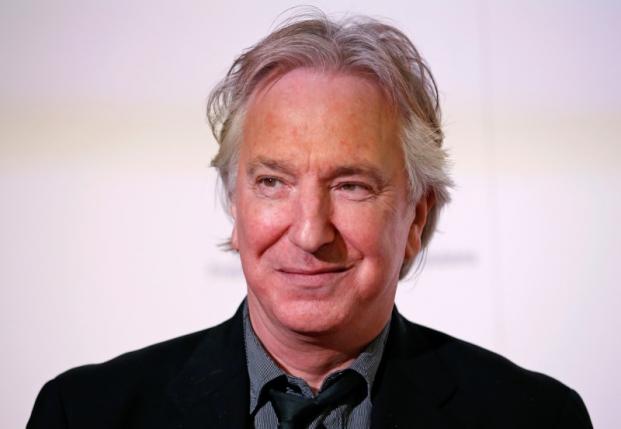 Shortly after news broke on Jan. 10 that English-born singer and music icon David Bowie died of cancer, another British celebrity in the person of Alan Rickman lost his battle with the disease and bade farewell on Jan 14.

Rickman was famous for his role in “Harry Potter” where he played the infamous Professor Severus Snape from the years 2001 to 2011. Grieving over his death, celebrities and fans took to social media to bridge their feelings of loss for a great man and talent in the industry.

“Harry Potter” author J.K. Rowling posted two tweets to express bereavement. In her first tweet, she expressed her shock and devastation over the death of a magnificent actor and wonderful man. She again posted another tweet expressing her thoughts to Rima, the wife of Rickman, and the family the actor left behind. Rowling also stated how everyone lost a great talent and how the family has lost part of their hearts.The tweet has so far reached more than 107,000 retweets with more than 160,000 likes.

The Phelps twins, who played Fred and George Weasley in the “Harry Potter” movies, also tweeted about their sadness over the death of the nice actor they worked with in the wizarding films.

The subject “Alan Rickman” and hash tag #alanrickman became one of Twitter’s top trending topics as of Jan 14.

Other celebrities also took to other social media platforms to express their grief such as Matthew Lewis through Instagram, wherein he recalled the times he had spent with Rickman and when he received the best advice about acting. Danielle Radcliffe also posted in his Google Plus Page account about recalling how encouraging Rickman was. Emma Watson, likewise, stated in her Facebook page how she will miss their conversations.

Emma Thompson, who worked with Rickman in movies “Sense and Sensibility,” “Love, Actually,” “Judas Kiss,” and three of the “Harry Potter” films, posted a statement about kissing him goodbye. Thompson and Rickman have remained friends throughout their career.

Rickman is yet to leave entertaining the public, though, since he starred in a film called “Eye in the Sky” set to be released in March. He also voiced Absolem the Caterpillar in “Alice Through the Looking Glass,” to be shown in theaters in May.