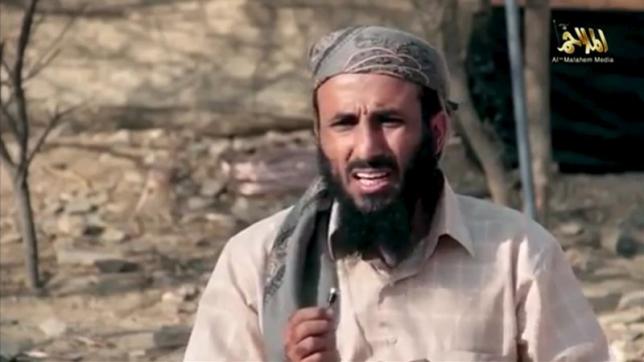 The deputy leader of al Qaeda, Nasser al-Wuhayshi, has been killed in a U.S. bombing inYemen, the group and the White House said on Tuesday, removing the director of a string of attacks against the West and a man once seen as a successor to leader Ayman al-Zawahri.

A close associate of Osama bin Laden in the years leading up to the Sept. 11, 2001 attacks on New York and Washington, Wuhayshi, a Yemeni in his late 30s, was named by Zawahri as al Qaeda’s effective number two in 2013.

With a $10 million price on his head offered by U.S. authorities, Wuhayshi was also leader of al Qaeda in the Arabian Peninsula, and his death potentially weakens the group, widely seen as the militant network’s strongest branch.

He led the group as it plotted foiled bomb attacks against international airliners and claimed responsibility for the deadly shooting at the French satirical newspaper Charlie Hebdo, calling it punishment for insulting the Prophet Mohammed.

Senior AQAP member Khaled Batarfi said in a video statement posted online that Wuhayshi “passed away in an American strike which targeted him along with two of his mujahideen brothers, may God rest their souls.”

The group had met and appointed its former military chief, Qassim al-Raymi, also a Yemeni, as his replacement, he said.

In Washington, the White House said U.S. intelligence agencies have concluded that Wuhayshi was killed in Yemen.

“It’s a significant blow. He could have moved up to the top spot (in al Qaeda),” said Martin Reardon, senior vice president at the Soufan Group security consultancy.

“AQAP is widely considered the most capable terrorist group in the world,” said Reardon, a veteran of the Federal Bureau of Investigation, referring to the group’s focus on attacks on the West.

It has also orchestrated spectacular attacks inside Yemen in recent years, targeting government ministries, military camps and soldiers, in which hundreds of people were killed.

Al Qaeda did not specify how or when Wuhayshi was killed. Some residents of the southeastern Yemeni city of Mukalla reported a suspected drone strike on Friday.

But eyewitnesses said that last Tuesday, townspeople were gathering on the city’s seaside corniche after evening prayers when an explosion killed three men, spreading their limbs across a street as panicked residents fled.