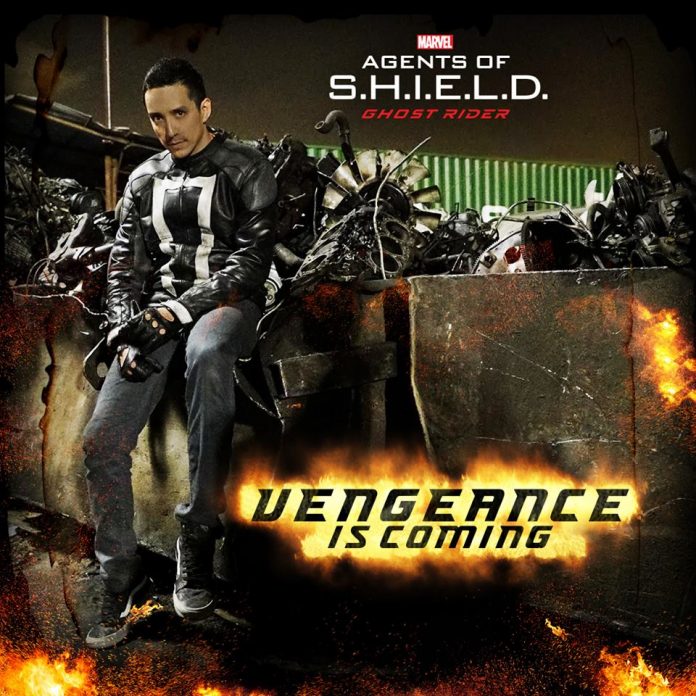 Although Fitz (Iain De Caestecker) and Simmons (Elizabeth Henstridge) have finally taken the leap in bringing their friendship to another level, their relationship may be off to a rocky start during season 4 of ABC’s “Marvel’s Agents of S.H.I.E.L.D.”

In an interview with Entertainment Weekly, executive producer Jed Whedon teased that they are going to play with the dynamic of what’s it like to work with someone you are in love with. However, the arrival of the new director of the agency, to be played by Jason O’ Mara, will make things more complicated.

“This new director may come with new policy changes, new rules. Simmons being someone who’s good at following the rules may cause some tension with the rest of our team,” showrunner Maurissa Tancharoen added.

Meanwhile, the network finally revealed the first look at the new extraordinary character, Ghost Rider. The image shared by Yahoo features the incarnation of Robbie Reyes (Gabriel Luna) with the character’s signature flaming skull head. Instead of the usual motorcycle, he will drive a 1969 Dodge Charger which is also showcased to be on fire.

According to the news outlet, Ghost Rider will open up the rules for mysticism in Marvel’s Cinematic Universe before “Doctor Strange” hits the big screen in November. Executive producer Jeff Bell also hinted that the arrival of the well-known character from the comics’ canon will open up a whole different kind of storytelling in the series.

Reyes’ alter ego will make his debut in the new run’s premiere episode titled “The Ghost.” The synopsis reveals that following the Sokovia Accords and the obliteration of Hydra, S.H.I.E.L.D. no longer works in the shadows. Since the world presumes Coulson (Clark Gregg) is dead, the organization needs a new director.

On the other hand, Coulson returns as a field agent and teams up with Mack (Henry Simmons). The two will track down and confirm the presence of more Inhumans. Meanwhile, Agent May (Ming Na-Wen) will head the specialist strike teams.

'Transformers 5' spoilers: Optimus Prime will not go to Cybertron and...

'Dragon Ball Super' episode 60 spoilers, news: Nothing changes in the...