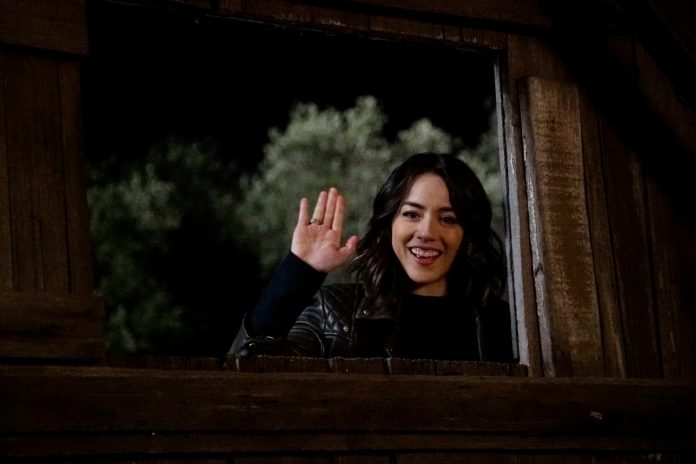 Daisy Johnson (Chloe Bennet) will be a changed woman when season 4 of ABC’s “Marvel’s Agents of S.H.I.E.L.D.” hits the small screen.

Following the devastating death of her boyfriend Lincoln (Luke Mitchell), who sacrificed himself to stop Hive (Brett Dalton) in creating more Inhumans, the former agent will be on the run as a fugitive. Her transformation was teased in the flash forward scenes during season 3’s finale.

In an interview with Entertainment Weekly, the actress mused that the character’s new goth style seems to reflect how she feels inside. “I think it makes her more ruthless being so close to what she thought was her own death,” she said.

“And then it happening in one of the worst scenarios she could ever think of, which is the person that she loved doing it for her, I think it changes her in a way where she probably will face life with even more ruthlessness. Also, there’s a sense of sadness that was there that I tried to make apparent at the end of the episode,” Bennet elaborated.

Showrunner Jed Whedon previously hinted to The Hollywood Reporter the depth of the tragedy’s impact to Daisy and what she has been doing in the past six months, as show in the time jump. Although it seems like she could become the next villain based on the newspapers Phil Coulson (Clark Gregg) gathered, which revealed that she has caused destruction with her powers, she is still out there helping Charles Hinton’s (Bjrn Johnson) wife and daughter.

“We can see through, yes, dealing with Hinton’s wife and the girl that she’s keeping a promise, but she’s also honoring what Lincoln said, which is he believed she was meant for more than this,” Whedon said.

He also added that she will go back to her roots of being a loner as she feels that getting close to people was a mistake and she may be better off on her own, “While she would feel that maybe there’s now nothing to lose, she also wants to live up to his belief in her and whether or not she’s doing that through good means or whether or not she’s a rogue, we’ll see,” he concluded.

Reign season 3 spoiler King Francis will die in this...