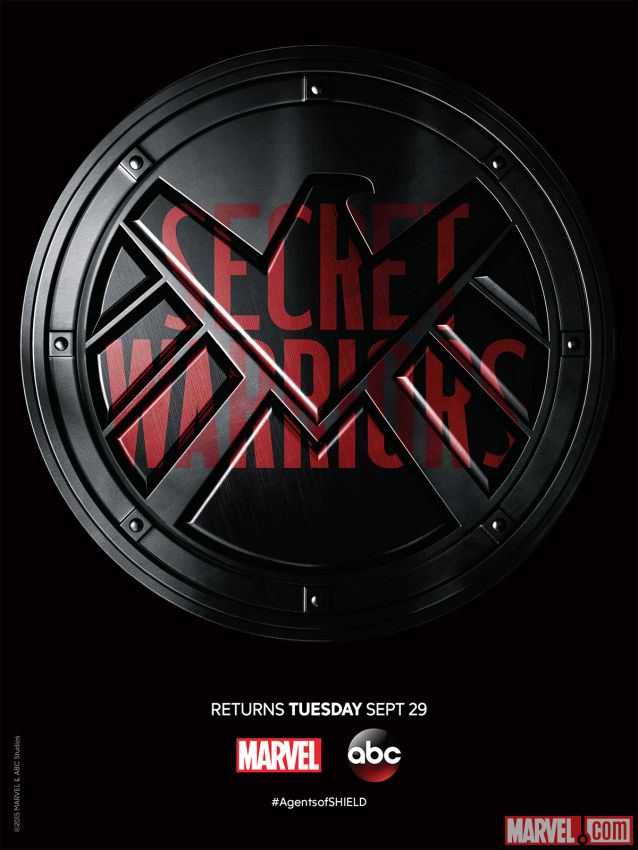 The third season for Marvel’s highly successful TV series ‘Agents of S.H.I.E.L.D’ will begin airing September 29, and will feature many new characters.

Entertainment Weekly revealed that the Inhuman Lash will be introduced in Season 3. According to the article, Lash will most likely track down human beings, who are forced to be turned into Inhumans after consuming fish oil infected with the Terrigen that was spilled to the sea at the end of the second season, and judging them worthy of being Inhumans.

However, TV.com said, series producer Jeph Loeb declined to specify who will be playing Lash.

Many of the characters introduced during the second season will also be returning for the third season, Screenrant.com said.

At the end of season 2, Ward was seen recruiting new members as he attempts to build Hydra up from scratch while Coulson and Johnson begin their attempts to recruit Inhumans into a team “centered around people with powers,” which, in the comic books, is called the Secret Warriors.

Skye will also be known by a new code name, IGN said. The codename will be Quake, as reflected by her newly found powers as an Inhuman. The Secret Warriors will also have their own aircraft as a base of operations, code-named Zephyr One.

It will also be interesting to note how Agents of S.H.I.E.L.D Season 3 will tie up to the upcoming Marvel Cinematic Universe films, particularly Captain America: Civil War.

Clark Gregg, who plays Director Coulson, had said in an interview with ComicBook.com that S.H.I.E.L.D has always been at the forefront of registering super powered humans in the comic books and played a big role to that extent in the Civil War comic book storyline.

Gregg also said that it is likely Coulson will get involved in the conflict if the S.H.I.E.L.D Index is used to harm people.

'The Elder Scrolls 6' game news: Will the sequel be confirmed...