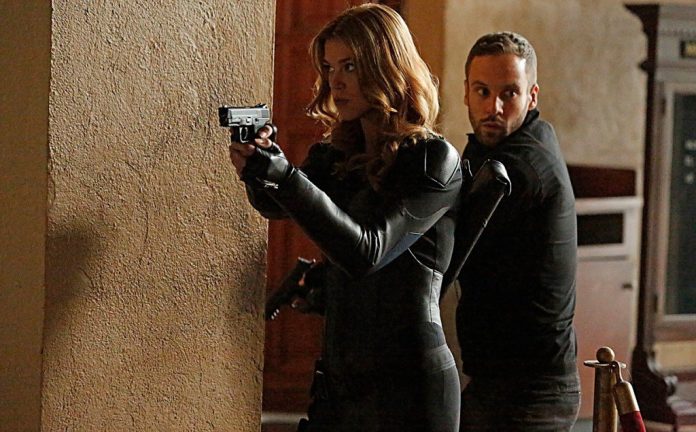 In the last episode titled “Parting Shot,” the two agents’ crusade to find out what Malick (Powers Boothe) was really up to led them into a corner which forced them to leave S.H.I.E.L.D. Out of loyalty to the secret division, Hunter and Bobbi denied any involvement with the organization after they were caught killing some people in an effort to save the Russian Prime Minister who was at risk. Because of that, S.H.I.E.L.D. had no choice but to back up their claims and effectively renounced the two.

It was not a secret that somewhere along the way the duo will have to be written off of the series given the plans for their own spin-off show titled “Marvel’s Most Wanted.” What came in as a surprise to many was how early the two had to leave the ABC show.

“They had to go off and shoot a pilot. That takes a long period of time,” showrunner Jeff Bell told Entertainment Weekly on the reason behind the two’s seemingly sooner than later exit. He later on added that they have decided on the plotline to give a “meaningful exit” for Hunter and Bobbi rather than keeping them for a lot longer but without a direct goal for their storyline.

When asked if they ever plan for Bobbi and Hunter to make a comeback in the show, Bell did not commit to anything and instead focus on “Most Wanted” first.

“Let’s get the pilot picked up. I would be really happy if we can do that. Whether characters can crossover, fans always love it when you can do that kind of thing.”

Next episode, the show will pick up after Bobbi and Hunter’s departure from the team with “Watchdogs.” The Futon Critic reports that the the Inhumans storyline will continue to progress as Simmons (Elizabeth Henstridge) comes across a chemical substance that could be a game changer for the future of the Inhumans. Meanwhile, Agent Mack (Henry SImmons) and his brother are put in the middle of the commotion when a radical group dubbed as The Watchdog comes up with a plan to get rid of the special powered beings.