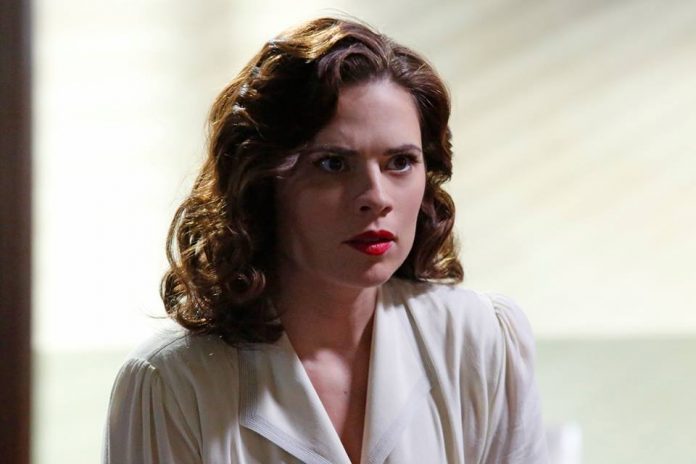 The still uncertain fate of “Agent Carter” is definitely not because of a lack of commotion for it. In fact, Hayley Atwell, who plays the titular character, has been very open in campaigning for the show’s third season. The situation is also the same with Dominic Cooper, who plays a young Howard Stark, who has suggested selling the show to another platform. The problem also does not appear to come from Marvel as the studio is game in putting out another order of the period drama. As it turns out, the small glitch roots from the lack of a media platform willing to adopt the show moving forward.

In a recent conversation with TV Line. Marvel Television chief Jeph Loeb revealed that their hands are currently tied right now with regard to “Agent Carter” due to the many technical aspects involved in producing a TV series one of which is a guaranteed platform.

“If someone wants to call and say, ‘We want a two-hour ‘Agent Carter’ for May 2017,’ boom. We’ll put together the greatest ‘Agent Carter’ movie we can,” Loeb said, obviously eager for such a scenario. However, until a network or streaming service approaches them and tells them they want “Agent Carter” in whatever way possible, the project simply cannot push through.

Most fans have been pining for Netflix to pick up the show, especially given their growing ties to Marvel. Unfortunately, the popular streaming site has already turned down the prospect of adopting the spy thriller. Netflix chief content officer Ted Sarandos explained that they are more focused on developing original material rather than picking established ones up.

It can be remembered that back in May, ABC suddenly went on a cancellation spree. And while no official reason was given for it, it was rumored that it was due to changes in management. “Agent Carter” was one of the unfortunate casualties, along with another Marvel property, “Most Wanted,” which was still in development at that time. The network, however, renewed “Agents of S.H.I.E.L.D” which is now approaching its season 4 premiere.

Given the present circumstances, Loeb continues to keep his hopes up promising “Agent Carter” fans that Marvel TV is ready to offer a new installment of the show.

“Every person who’s reading this sat in a movie theater and saw Phil Coulson die in ‘The Avengers,’ and we’re now about to start our 67th episode, on our way to 100 episodes, of ‘Marvel’s Agents of S.H.I.E.L.D.,’ none of which would have happened without Phil Coulson and Clark Gregg,” he furthered. “I’m incredibly grateful that Hayley has been bold enough to say that she would love to play that part again. So… ‘I hope so’ is the short answer.”