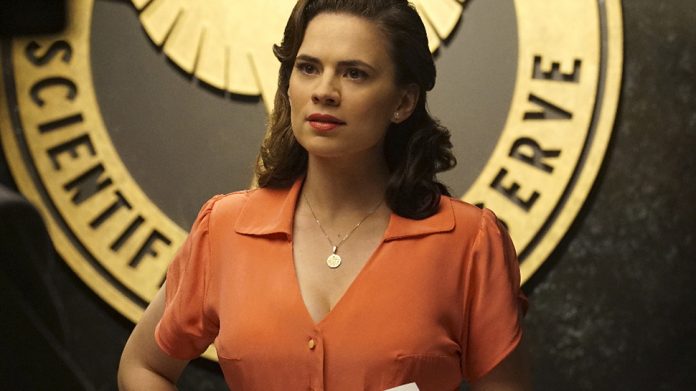 “Agent Carter” may have been axed this summer, but Hayley Atwell isn’t retiring Peggy Carter’s signature red lips and period costumes just yet as she is scheduled to reprise the role in “Marvel’s Avengers: Secret Wars.”

As per Comic Book Movie, the British actress will be voicing the character she made popular via the first “Captain America” film and later on her own ABC series in the Disney XD show. The cartoon will see a time-displaced Peggy and Howard Stark teaming up with Captain America and Iron Man to defeat a new villain named Kang the Conqueror.

This will be the first time that Atwell will be reprising Peggy since her period series suddenly got canceled without any warning whatsoever despite decent ratings. Since then, fans of the character and the show have been actively campaigning for another network or platform to adopt it moving forward but no luck so far.

Meanwhile, outside of the Marvel Universe, Atwell is busy with her newest project, “Conviction” where she plays former first daughter Hayes Morrison who is forced to head the Conviction Integrity Unit. The role is new for the actress as she describes it as very different from Peggy.

“I’m personally more of a people pleaser than Hayes and that’s why I enjoy her. It’s something new. And I love that she is violent in her own way, not in the same way as Peggy,” Atwell told The Hollywood Reporter in a recent conversation. “There’s a lot of mental punching going on with her, as opposed to actual punching. She uses her wits and intelligence to fight in the courtroom.”

Despite her new gig which she talked very fondly of, the 34-year-old shared that if an opportunity to play Peggy again arises, her doors are wide open giving fans some glimmer of hope that the snazzy S.H.I.E.L.D. founder will be seen in action once more.

In the contemporary Marvel Cinematic Universe, the character may have already died as seen in “Captain America: Civil War” but that does not mean that there are no other ways to bring her back. “Marvel is very aware of the interest in her, and I’d jump at the chance to play her again,” she stated.

No official release date yet for “Marvel’s Avengers: Secret Wars” but it is expected to premiere sometime next year. “Conviction,” on the other hand, airs every Monday, 10 p.m. ET on ABC.

'The Expendables 4' news, updates: Salman Khan may be next cast...