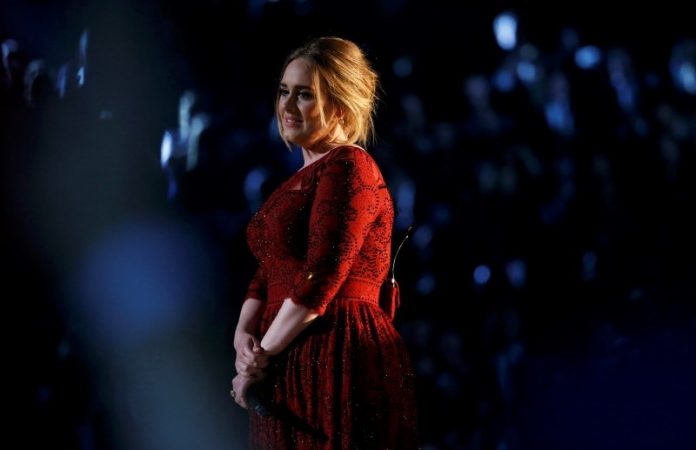 Adele was so embarrassed about her Grammy performance technical mishap that she cried the whole day next morning.

The 10-time Grammy winner sat down with Ellen DeGeneres on Wednesday and talked about how she felt following her “All I Ask” performance at the music industry’s most prestigious night on Monday. Although the singer said the sound check was great and that she was so excited to sing, it seemed like everybody just had to suffer technical glitches sometimes.

“During the change over in the ad break a microphone fell onto the piano strings which is what the guitar noise was,” she told “The Ellen Show” host. “I knew what it was and I knew where the mic was and I wanted to turn around and lift it up but I froze.”

Despite the mishap, Adele did have a standing ovation and felt her performance was fine. “I’m always a bit pitchy anyway,” she continued, joking, “It’s the emotion.”

It wasn’t until the next day, though, that she was surprised because she was comforted by some fans.

“I was embarrassed. I woke up the next morning to people in England being like, ‘We still love you, don’t worry,'” she recalled. “And I was like, ‘I didn’t ask you if you still loved me,’ but thanks.”

“I cried pretty much the whole day but in fairness, I would have cried if it had gone really well as well,” she explained. “I always cry but yesterday I kept spontaneously bursting into tears.”

Well all the tears have paid off as her newest album “25” went no. 1 on the Billboard charts for the first seven weeks of its release and her first single “Hello” stayed in no. 1 for 10 weeks.

She wasn’t nominated for this year’s Grammy awards, however, because her album was released Nov. 20, 2015. The schedule of release was way past the deadline according to the rules for the Grammy nominations list which was between Oct. 1, 2014 and Sept. 30, 2015.

Batman vs Superman updates Doomsday villain may appear against Superman,...