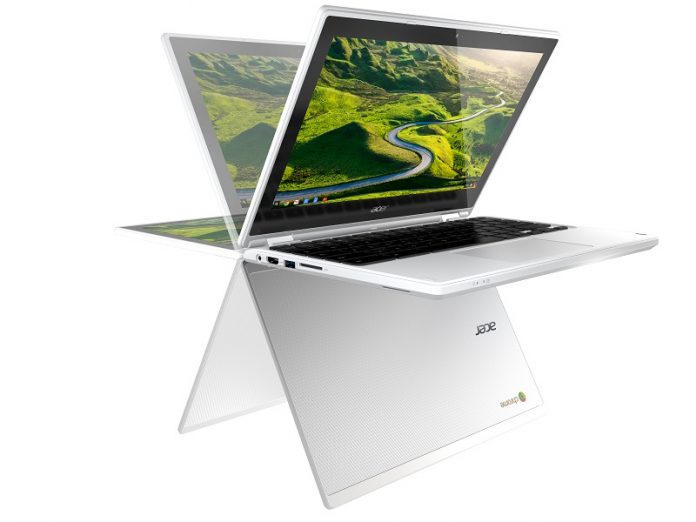 Acer has recently debuted its Chromebook R11 during the IFA 2015 event in Berlin.

Chromebooks are laptops that are designed to run on Google’s Chrome OS. These devices allow users to take advantage of Cloud computing by storing installed apps and data online. Acer was among the first companies to develop and offer Chromebooks for sale.

PC Advisor had a hands-on experience with the new Chromebook and came up with a very detailed review of the device.

According to the review, the R11 features a convertible design, the first of its kind to do so from Acer. The device is given a hinge that is capable of flipping a full 360 degrees, allowing it to assume four modes of usage for the user, namely the laptop, pad, display, and tent modes.

The review also praised the thinness of the convertible Chromebook at 19.2 inches, although it is too heavy to use one-handed with its 1.25 kilograms of weight. The device is also described as being very portable, as it can easily be stowed into a backpack or a school bag for storage.

Powered only by an Intel Celeron processor, and not the next-gen Core i processors in more powerful PCs and laptops, the Chromebook R11 is fast enough for smooth surfing and word processing tasks. Although powered by a 4GB RAM, PC Advisor said, the Celeron processor makes it incapable of running resource-heavy software like games.

As earlier reported, the R11 comes in two storage options 16GB or 32GB. While most computer users will balk at how small this storage space is, PC Advisor pointed out that these are ideal for people working using Cloud-based applications and storage to back up their files.

The R11’s other specifications, as reported by PC Mag, is an 11-inch screen with an 1366×768 native resolution. The screen also sports a native aspect ratio of 16:9.