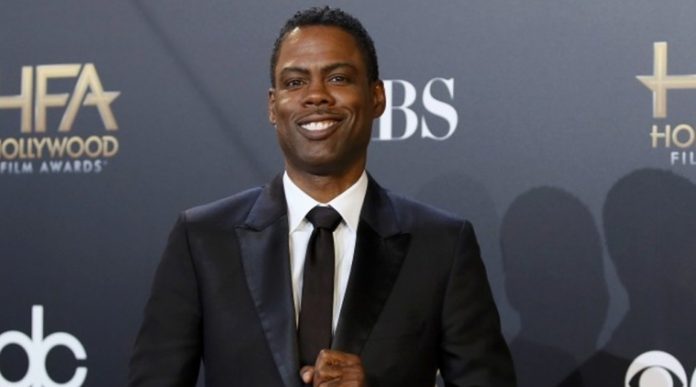 Comedian Chris Rock is not ditching the Oscars just because there is a lack of diversity in the Academy nominations.

Academy Awards producer Reginald Hudlin spoke to Entertainment Tonight during the 47th NAACP Image Awards Nominee Luncheon last weekend and confirmed that the 50-year-old comedian is still hosting the show. According to Hudlin, Rock re-wrote his script and scrapped some of his jokes after the #OscarsSoWhite outrage was prompted by Hollywood couple Jada Pinkett Smith and Will Smith.

“Chris is hard at work. He and his writing staff locked themselves in a room,” he told ET. “As things got a little provocative and exciting, he said, ‘I’m throwing out the show I wrote and writing a new show.'”

“Chris is that thorough,” he added. “He’s that brilliant, and I have 1000 percent confidence that he will deliver something that people will be talking about for weeks … You should expect [#OscarsSoWhite jokes].”

The issue came after the Smith couple declared to boycott the Oscars. The 44-year-old “Gotham” actress posted a video on Facebook saying she is taking a stand after the Academy snubbed her husband for his performance in the film “Concussion.” The 47-year-old two-time Oscar nominee joined his wife and started the hashtag #OscarsSoWhite.

The Board of Governors of the Academy of Motion Picture Arts and Sciences, meanwhile, has vowed to make changes in order to increase diversity. Their goal, according to a post on the official Oscars website, is to have twice as many women and diverse members by the year 2020.

The 88th Academy Awards will take place Feb. 28. at the Dolby Theatre in Hollywood.

'The Walking Dead' news: Tony Moore set to be back on...