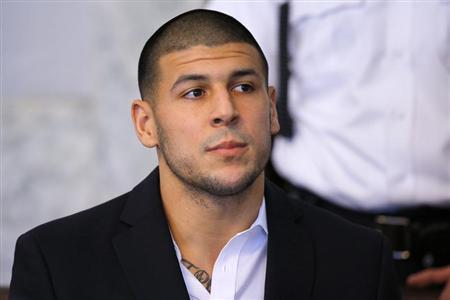 A juror that was dismissed from the murder trial involving former New England Patriots star Aaron Hernandez had spoken to colleagues regarding the case, the trial judge had found.

According to the Sun Chronicle, juror Cheryle Chodkowski of Somerse was dismissed from the case after a hearing determined that she had disseminated information about the case to her co-workers in violation of court orders.

The trial judge, E. Susan Garsh, had also found during the hearing that Chodkowski had been “untruthful to the court.”

Chodkowski had served as juror in the trial that convicted Hernandez of the murder of Odin Lloyd in 2013. Lloyd’s lifeless body was found in the North Attleboro Industrial Park. He was shot dead, but the murder weapon was never found and presented in the case as evidence. Hernandez lived nearby in the Westwood Estates.

The football star was sentence to life imprisonment in April. In June, ESPN reported, GateHouse Media requested Judge Garsh unseal documents in the case and launch an inquiry into a then-unidentified juror that was allegedly exposed to significant extraneous material relating to the case.

GateHouse Media wanted information about the juror to be made public, ESPN said.

One of Chodkowski’s colleagues, Paul Salisbury, testified in the hearing that the former juror had revealed certain details of the case to him. According to The Sun Chronicle, Salisbury claimed Chodkowski told him she couldn’t vote in favor of imprisoning someone for life when the murder weapon has not been found.

Another colleague, David Littlefield, told the Court that Chodkowski had inquired if he was acquainted with any of the assistant District Attorneys in the Hernandez case. Littlefield ended up informing Brian Griffin, who initiated the prosecutor’s investigation into Chodkowski.

Chodkowski denied the charges against her.

“There’s two sides to every story, and the truth is somewhere in between,” the Sun Chronicle quoted her as saying.