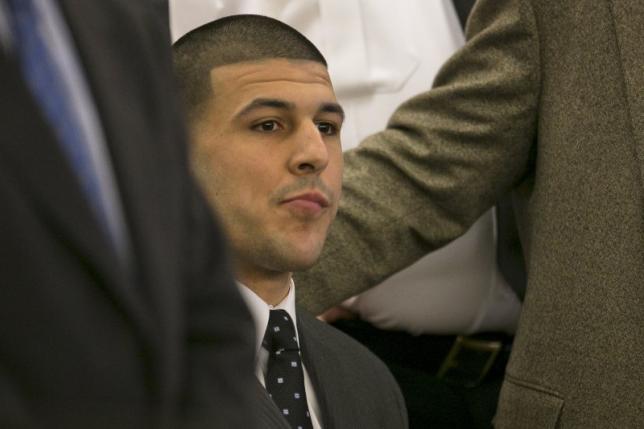 Convicted of the first-degree murder of Odin Lloyd in June 2013, and unlawful possession of firearms and ammunition, Hernandez was sentenced to life in prison without the possibility of parole on April 15.

His defense attorneys have filed a motion asking to invalidate the jury’s verdict and reduce the charges against Hernandez from first-degree to second-degree murder, and not guilty on one of the gun charges.

Based on their argument, they challenged the cruelty of the crime and claimed that six gunshot wounds found on Lloyd’s body were not enough to warrant a first-degree charge.

“There was no evidence that Lloyd was tortured or mutilated, that he experienced protracted suffering, or that Hernandez took any pleasure in his pain,” lawyers James Sultan and Michael Fee wrote in their motion.

However, Bristol County Superior Court Judge E. Susan Garsh refuted their claims and wrote in their June 25 ruling that, “The court finds that a rational jury could find that the Commonwealth proved every essential element of the crimes charged in counts 1 and 2 beyond a reasonable doubt,” Courant reports.

Meanwhile, Hernandez has reportedly been involved in a prison fight recently as he serves his sentence at Souza-Baranowski Correctional Center.

According to CNN, a law enforcement source told them that Hernandez allegedly agreed to be on the lookout for another prisoner who went inside an inmate’s cell. The two got into a fight that is believed to be gang-related.

In a separate report, Hernandez is waiting for his trial on January 4, 2016, for another murder charge in his supposed role in the deaths of Daniel de Abreu and Safiro Furtado, and the injury of another person near a Boston nightclub in 2012.

Sports Illustated reports that selection for jury has been tentatively set by a Boston judge for December 1.