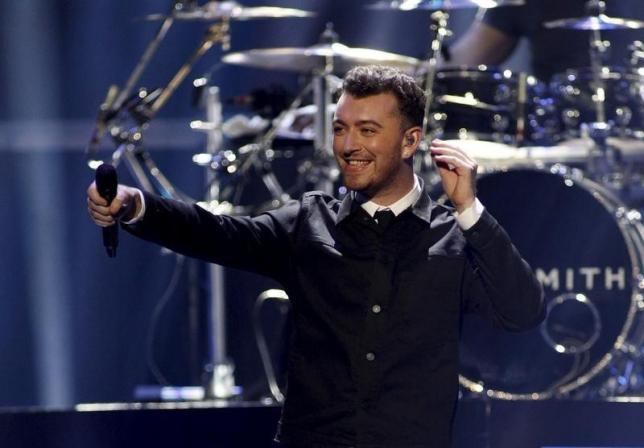 Sam Smith and Lady Gaga reacted to their Oscar nominations after the Academy announced the list on Thursday.

Smith is nominated for Best Original Song for “Spectre” original soundtrack “Writing’s on the Wall,” which he co-wrote with Jimmy Napes.

“I am sitting in a coffee shop with my mum and just found out I have an Oscar nomination,” the 23-year-old British singer said in a statement, as reported by Entertainment Weekly. “Feeling very overwhelmed and just can’t believe it. Better pick out a gown. Thank you to the Academy for this incredible honor and recognition.”

Meanwhile, another Golden Globe winner Lady Gaga is also nominated in the same category for her song “Til It Happens to You” from the documentary “The Hunting Ground,” which she co-wrote with Diane Warren. The 29-year-old American singer dedicated her Oscar nomination to her fellow rape survivors in her Instagram post.

“This nomination lends a voice to the victims & survivors all over the world. Thank you to THE ACADEMY for recognizing the movement of people who have come together for this film & song in the name of sexual assault,” Gaga wrote in her statement. “Myself and Diane and I are simply honored to represent the voices of so many SURVIVORS.”

Lady Gaga won this year’s Golden Globe award for Best Actress in a Miniseries or Television Film for her breakthrough performance in “American Horror Story: Hotel.”

Smith and Gaga are up against David Lang for “Simple Song #3” from “Youth”; The Weeknd for “Earned It” from “Fifty Shades of Grey” written by Abel Tesfaye, Ahmad Balshe, Jason Daheala Quenneville and Stephan Moccio; and J. Ralph for “Manta Ray” from “Racing Extinction” written by Antony Hegarty.

The Weeknd’s Abel Tesfaye also tweeted his thankful message to the Academy saying, “it can’t get more surreal than this.”

Taylor Swift's 1989 will be streaming via Apple Music after payment...