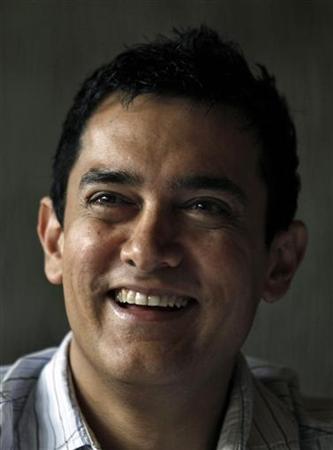 During the special screening of “Saala Khadoos,” director Rajkumar Hirani and Bollywood superstar Aamir Khan hinted at a possible sequel to the international blockbuster “3 Idiots.”

News have been circulating for some time that a sequel to the movie is in the offing. Khan talked to The Indian Express about possibly reprising his role as Ranchodas “Rancho” Chanchad.

He said, “Raju (Hirani) has given me a hint about ‘3 Idiots’ sequel … the film will happen if and whenever he will write the script. Let’s keep our fingers crossed.”

Meanwhile, Hirani told Catch News, “As far as a sequel is concerned … I have a germ (of an idea), but we are yet to develop it. The film will take some time.”

The movie “3 Idiots” was a huge hit in 2009. It follows the story of 24 year-old engineering student, Rancho, and his two friends Raju Rastogi and Farhan Qureshi.

On the other hand, Khan is currently filimng “Dangal,” a biographical sports drama movie in which he will be portraying Mahavir Singh Phogat, a professional wrestler and an Olympics coach who taught wrestling to his daughters.

Known for undergoing transformations to better portray his roles, it has been reported that Khan will be shedding weight for the character.

“I will have to lose 25 kilos to play the younger version of my character. We will begin shooting for that portion in June and I have already started working out on that,” he told Hindustan Times. “We face many problems, but an actor’s body is his instrument and he has to mould it as per the demand of the role.”

Although no other news has been dropped regarding the sequel to “3 Idiots,” fans are already speculating on the arc of the story. Already, there are questions if Boman Irani will be reprising his role as Dr. Viru Sahastrabuddhe the main antagonist in the movie.

The first “3 Idiots” film was released internationally in 2009 and earned $6.5 million in the United States, according to Box Office Mojo.

Legend Of Zelda release date news: release may be pushed back...