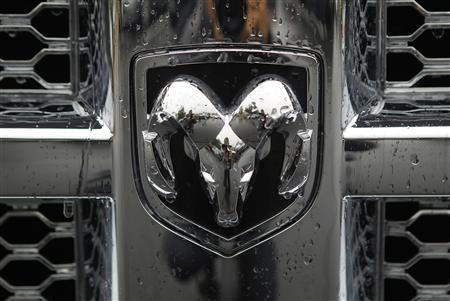 Ram unveiled a revamped 2017 version of their massive truck model – Power Wagon – which seemingly promises more powerful performance on the road and on terrain.

During the 2016 Chicago Auto Show last week, Ram offered car enthusiasts another option that can compete with the likes of Jeep Wrangler and Ford Raptor. The 2017 Power Wagon has its both interior and exterior designs improved presumably to make it more masculine.

According to CNET, it has adopted the appearance of the macho Ram 1500 Rebel and was also based on Ram 2500 Heavy Duty 4×4 Crew Cab. Some of its capabilities include over two inches of lift, a unique suspension, and 12,000-lb winch.

Under the hood, instead of a diesel engine, the vehicle has Fiat Chrysler’s 6.4-liter Hemi eight-cylinder which packs 410 horsepower and 429 pound-feet of torque, coupled with a six-speed automatic transmission. It can tow around 10,000 pounds and haul 1,510 pounds with the transfer case being controlled by manual shift and not by switches.

It is also equipped with heavy-duty rear axles, locking differentials, and upgraded suspension components. But when driving along the highway without the need of its powerful configuration, the truck’s Fuel Saver cylinder-deactivation technology will shut down all cylinders for fuel efficiency.

“The Ram Power Wagon is an off-road, all-access pass, removing the limitations, instilling confidence and allowing owners to reach areas of recreation and lifestyle not attainable with any other pickup,” stated head of Jeep Brand and RAM Brand, FCA – Global Mike Manley.

“The 2017 Ram Power Wagon delivers to those who travel into extreme terrain, while providing the towing and payload capability required in a heavy-duty truck,” he added.

When it comes to the interior, the truck has updated seats design, steering wheel, all-weather rubber mats and a 7-inch screen in the centre with dual alternators and a battery system that automatically shuts off electrical needs to keep the load on the safe side. It is complemented by an 8.4-inch Uconnect backdrop screen.

Ram has yet to announce the pricing details.