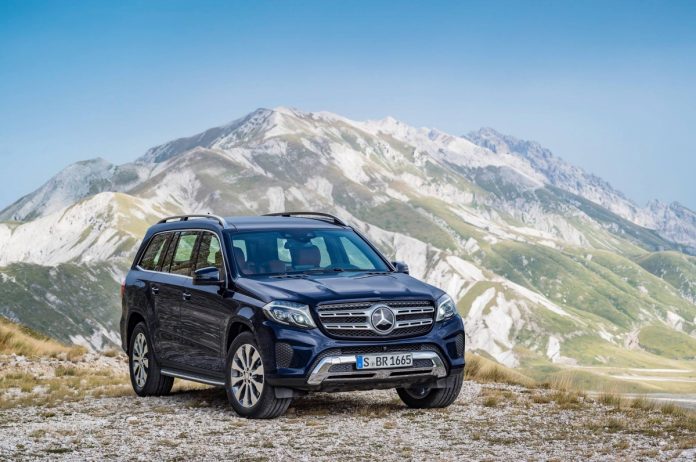 Next March, a new Mercedes vehicle will hit dealers. Called the 2017 Mercedes-Benz GLS-Class, the S-class SUV will not only have a more modern design but a more powerful and efficient engine as well.

According to Left Lane News, the 2017 GLS is “a facelifted model that adopts Mercedes’ new naming structure.” Some of the new features that it will boast include bullet-shaped headlights, an all-new bumper, and a hexagonal grille. Compared to the line that it is replacing, the GL SUV, the 2017 GLS will have new wheel designs and paint colors.

Inside, the SUV comes equipped with the latest 8-inch Comand media system and touchpad from the German automobile giant. If customers will opt for these infotainment upgrades, they will occupy the center console and dashboard that were slight redesigned to make everything fit. Left Lane News adds that passengers can access the media system via a controller knob, voice control, or some buttons on the steering wheel.

The same report from Left Lane News stated that all models of the new GLS will come with nine-speed automatic transmission and the 4Matic AWD system.

As reported by Cars.com, the standard safety features of the full-fledged seven-seater SUV from Mercedes include automatic emergency call, accident recovery, and the Collision Prevention Assistant Plus. The latter gives visual and audio warnings when obstacles are detected. If the driver does not respond to the warnings, the system will automatically apply brakes to decrease the speed of the vehicle.

Details about the pricing and fuel economy of the 2017 Mercedes-Benz GLS-Class have not been revealed yet.