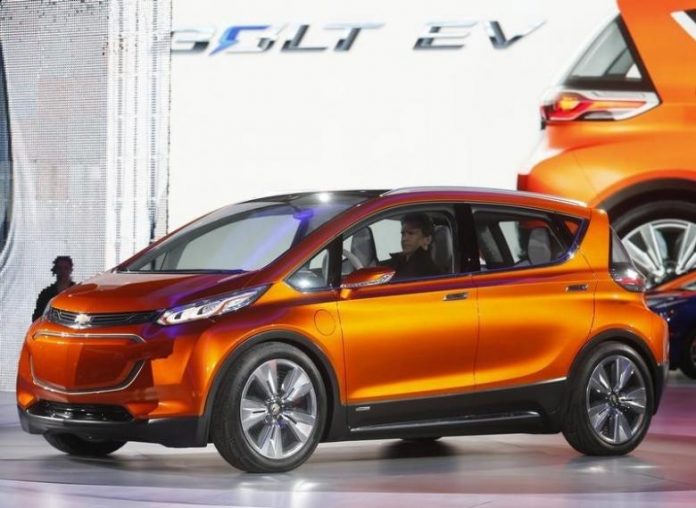 Tesla’s Model 3 is undoubtedly the most anticipated upcoming all-electric vehicle, but that doesn’t mean it’s the only one worth considering right now. In fact, just recently, General Motors unveiled the 2017 Chevrolet Bolt EV, an all-electric subcompact vehicle that is intriguingly priced higher than Tesla’s offering.

According to Fortune, the base price for the North American offering of the Chevy Bolt EV is $37,495 and will be made available at the end of this year. This is a little bit surprising because the Tesla Model 3, which by the way is scheduled to be released late next year, is reportedly going to be priced at $35,000. Although there’s very little difference in their prices, the fact that the Model 3 is the more fancied offer could mean trouble for the sales of the Bolt EV.

But one thing would-be buyers should seriously consider is the fact that they actually could end up paying lesser than the current price because purchasing either of these cars will correspond to obtaining a federal tax incentive that could reach up to $7,500. Therefore, both may be purchased at less than $30,000, which obviously is a big plus for consumers who want to save on fuel on a new car but don’t want to shell out that much money upfront.

GM previously announced that the all-new Chevy Bolt EV can get 238 miles on just one charge. If this is true, it will definitely beat the Tesla Model 3. The company wanted to show the industry that it could run more than the Model 3, but there’s really no telling if GM succeeded in beating Tesla because the numbers revealed so far don’t come from independent observers or actual owners.

The biggest advantage GM has right now is that it gets to showcase the Chevrolet Bolt EV way ahead of the Tesla Model 3 since there’s a gap of one year in between releases.