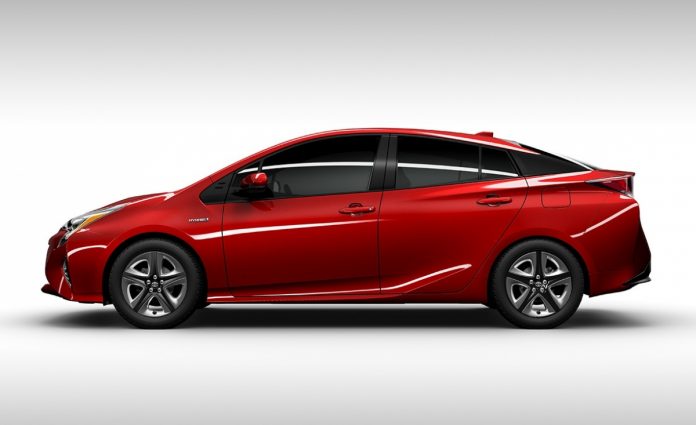 Upholding the company’s tradition of producing effective hybrid cars, Toyota is set to release the fourth version of the Prius line, the 2016 Toyota Prius.

The Toyota Prius came on to the market in 1997. It first dominated the streets of Japan before it was brought to North America in 2000. Since then, the hybrid car was rated as among the cleanest vehicles in terms of smog forming emissions. More than a decade after, the car is retailed in over 90 different countries with Japan and the US still its largest markets.

The brand new automobile was officially launched back in Sept. 8 in Las Vegas, however, it will not yet be available in dealerships until spring next year, around March. Nevertheless, sneak peeks regarding the car have been going around the web to hype up its release next year.

Albeit a small one, the launching of the 2016 Toyota Prius in Sin City last September has been a surprise to car experts and aficionados. It was the first time for Toyota to bring and launch a new car to Las Vegas which is something that is unexpected of the Japanese carmaker company.

According to a report by website Master Herald, the new Prius will continue to stick to the car’s DNA of efficient and economy-friendly cars which has always been its banner since it was released. Compared to its predecessor, the upgraded vehicle is longer, sleeker, and gives off a chicer vibe. To some extent, car enthusiasts even say that it resembles a bit of the 2016 Mirai.

Compared to normal vehicles that run in power boosting engines, the Prius hybrid was not known for having an enjoyable driving experience and that is one thing that Toyota tried to work on for the latest model. The interior change made on the wrap-around dash form hugging seats as well as machinery enhancements to the hybrid powertrain with changes to the 97-brake horsepower (bhp) 1.8 liter VVT-I petrol engine and 71 bhp electric motor are definitely made to improve the car in terms of comfort and performance.

Although hybrid cars have recently experienced a drop in sales due to low prices on gas, the Toyota Prius continues to be the leader of the pack in terms of environmentally friendly cars. In 2014, the combined sales of Toyota for all three Prius vehicles available in the market amounted 207,635 units which makes up 42% of the hybrid market. With the release of the all new 2016 Prius car enthusiasts are given more options to both have the easy driving experience of a normal car and a way to reduce air pollution due to vehicular toxic emission.