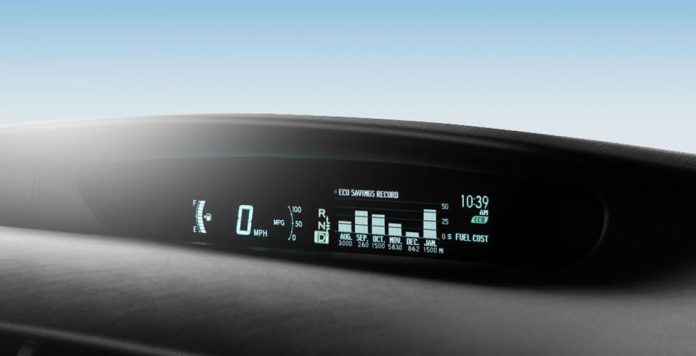 The new platform which is said to be utilized in both front wheel drive and rear wheel drive vehicles, may also become available to future mid-sized and larger, compact models.

Alleged leaked specifications earlier this month showed that the upcoming 2016 Prius model may come in blue and green colors. However, it may not deviate much from the shape and powertrain of the current one albeit being lighter and more efficient.

Moreover, according to unnamed but trusted source of Green Car Reports, the 2016 Plug-in Hybrid, in addition to its 50 mpg EPA fuel-economy rating, will have a rated battery range of 30 to 35 miles.

The all-electric range is said to be a far cry from the 11-mile range the 2015 Toyota Prius Plug-In Hybrid can clock in.

The 2015 Hybrid has sold over 40,000 units but the production reportedly has come to an end last month. The report added that the previous model cannot complete the 11-mile cycle on battery alone, without turning on its engine after 6 miles.

Toyota’s chief engineer Satoshi Ogiso has previously commented on the reviews of Hybrid owners: “We have been listening very carefully to Prius [plug-in] owners over the past two years.[We] are considering their request for additional all-electric range,” he said.

If the claim comes into fruition, 2016 Plug-in hybrid will have the second highest range, next to General Motors’ 2016 Chevrolet Volt which is speculated to have a range rating of 50 miles.

In addition, Auto News shared that Japan’s consumer favorite Prius C may be arriving to the United States featuring a revamped design and TNGA platform on 2018. The plus-size Prius V which probably makes use of the 2016 Prius mechanisms may also come in 2016.