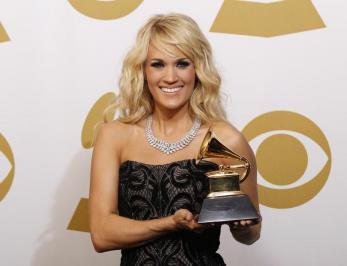 Best new artist nominees Tori Kelly and James Bay, and country superstars Carrie Underwood and Sam Hunt are among the new names added to the list of performers in the 2016 Grammy Awards set for next month.

The Recording Academy announced Wednesday that they will be adding three live duets for the Feb. 15 awards show. These live duets include Kelly and Bay, Underwood and Hunt, plus Ellie Goulding and R&B singer Andra Day.

“I have always been thrilled by the collaborative performances. Ellie is an amazing talent and I hope our performance will be a testament to the power of music, its ability to transcend ad its limitless possibilities,” Day said, according to The Hollywood Reporter.

Aside from the three live duets, artists that are included in the list of performers are Kendrick Lamar, Little Big Town, Adele, and the Weeknd.

Nominees for Record of the Year are: “Thinking Out Loud” by Ed Sheeran; “Uptwon Funk” by Mark Ronson feat. Bruno Mars; “Blank Space” by Taylor Swift; “Really Love” by Dngelo and The Vanguard; and “Can’t Feel my Place” by the Weeknd.

For the Album of the Year, the nominees are: “Sound and Color” by Alabama Shakes; “To Pimp a Butterfly” my Kendrack Lamar; “Traveller” by Chris Stapleton; “1989” by Taylor Swift; and “Beauty Behind the Madness” by The Weeknd.

Song of the Year Nominees include: “Alright” by Kendrick Lamar; “Blank Space” by Taylor Swift; “Girl Crush” by Hillary Lindsey; “See You Again” by Wiz Khalifa; and “Think Out Loud” by Ed Sheeran.

Joining Kelly, Bay, and hunt in the list of nominees for Best New Artist is 28-year-old Australian songwriter Courtney Barnett and “All About That Bass” singer Meghan Trainor.

The 58th Grammy Awards will be hosted by LL Cool J and will take place on Feb. 18 at 8 p.m. It will be aired live on CBS.