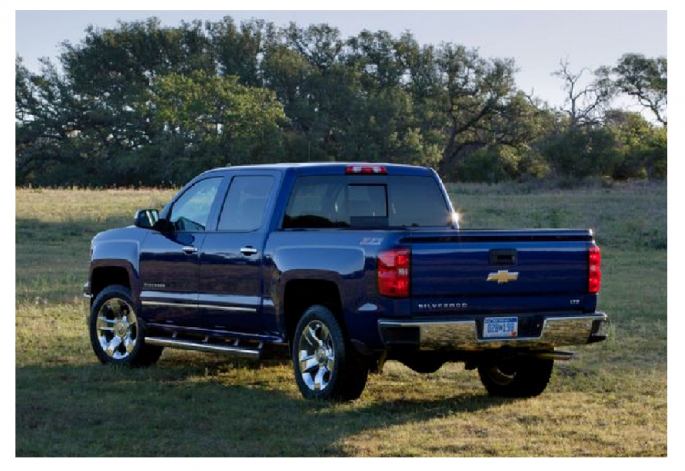 With Ford, Ram, Toyota and Nissan releasing their respective iterations for their pickup line this year, Chevrolet is also gearing up for the release of the upcoming Chevrolet Silverado 2016. This year, car enthusiasts will be treated to a new and refreshed version of the iconic truck with a couple of improvements both in terms of aesthetics and mechanics.

Outside, the automobile will be sporting a new front design featuring a more horizontal layout with fresh LED headlights as well as a sculpted hood. The Silverado 2016 will also feel more spacious with generous storage spaces including the in-door packets with beverage holders and a large glove box. In between the front seats is an open storage area with a smart phone holder, two cup holders, and a deep covered storage holder that can function as an arm rest.

“Silverado already leads the full-size truck segment in V8 fuel economy. For customers and small-business owners who use their trucks for more urban driving, the addition of the eAssist can further reduce their fuel costs without sacrificing the utility they expect in a full-size truck,” Chevrolet Trucks Marketing Director Sandon Pszar explained.

With the ongoing fuel price decrease, the market for full electric, hydrogen and even mild hybrid run cars will arguably slow down. However, pickup trucks remain to strive for improved fuel economy for its consumers.

The specific Chevy truck that will first get the mild hybrid powertrain is the Silverado 1500 1LT crew cab 2WD half ton which will be rolling out in California this year. The truck is also reportedly going to have an Active Fuel Management system coupled with the Star/Stop capability as well as Regenerative Braking.

With only over 500 exclusive units outfitted with the feature, Chevrolet is still trying to gauge the initial response that they will get from this new project. Price has yet to be officially announced but the pickup is expected to retail around $42,000.