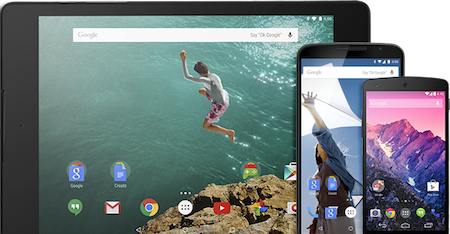 On September 29, the new Google Nexus Phones are going to be released. The devices will be called Nexus 5X and Nexus 6P and will be manufactured by LG and Huawei, respectively.

Announced alongside the debut of Google’s latest OS, Android Marshmallow, the 5X and 6P will have different storage options 32GB and 64GB. According to BGR, the Huawei-made 6P will have another variety. It will offer a 128GB version to beat its predecessor; the 64GB Nexus 6, which was the first handset under Google to have the largest memory. The availability of this much storage for users will be the first in the Nexus lineup of mobile devices, which will make it a match for its competitors such as the Samsung Galaxy S6 and Apple iPhone 6s.

Neurogadget reported that the 5X will have a 13 megapixel back camera with autofocus and 4 or 5 megapixel front one. Moreover, it will be fitted with a 5.2-inch full HD P-OLED HD screen and two front-facing speakers. For RAM, the 5X will have a six-core, 2GB or 6GB Snapdragon 808 or an octa-core, 3GB or 4GB Snapdragon 620. A back fingerprint scanner is another feature of this model.

As for microSD support for memory expansion, it still remains unclear whether Google’s new devices will have this.

Meanwhile, based on ITPro, the “X” in 5X will stand for Extra Large, while the “P” in 6P will mean Plus. Reports further state that the devices will be priced starting at $399 and will have a $50 to $100 increase for every storage level.