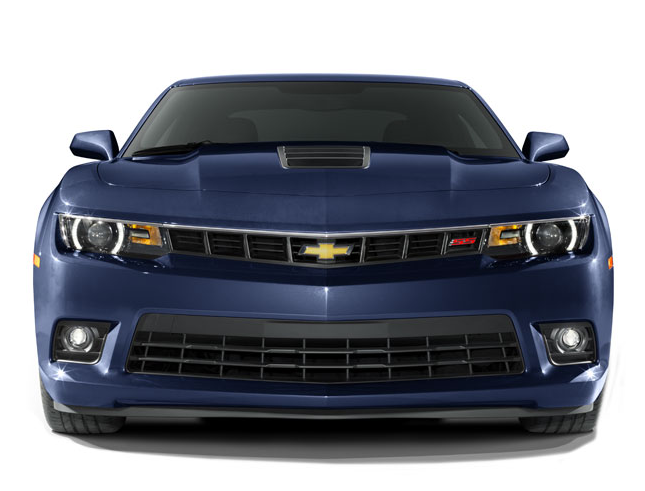 Chevrolet promises big things for its 2015 Camaro when it described it as the “full package” with its impeccable combination of unique design, cutting edge technology, and superb performance. The car company has improved not only front and rear sides for a more contemporary look, but also its interior and overall performance.

Chevrolet boasts a modern sports car that retains a classic look. Its front shows a grille that is chrome-finish, along with LED halo rings and restyled LED taillights that are not only there to enhance the sleekness of 2015 Camaro, but serve as a hood vent to cool the critical engine behind the body. The sports car also comes with a 20-inch wheel in silver, as well as the expected two-door sports car feature. Aside from these, it has a convertible feature where the top-down comes down in only 20 seconds.

The direct injection V6 sports car boasts 323 horsepower, which can thrust 0 to 60 in just 5.9 seconds. With an improved engine technology, the muscle car is also fuel efficient with its capability to run up to 17 mpg in city driving, up to 30 mpg for highway driving, and up to 22 mpg for combined city and highway driving. According to Business 2 Community, this is approximately 2 mpg more efficient that its sports car competitors such as Ford Mustang and the Dodge Challenger. Aside from its power, the 2015 Camaro also comes with a smart steering feature where the driver can experience almost 50/50 balance of front to rear ratio, making steering smooth.

Meanwhile, its SS version of 6.2 L V8 comes with 426 horsepower that revs the car 0 to 60 in just 4.7 seconds. It comes in either a 6-speed manual transmission or a 6-speed automatic transition options, depending on the preference. This model offers electrically-assisted steering wheel, which replaced its hydraulic power steering in the older models.

Camaro was pulled in 2002 on its 35<sup>th anniversary, and later made a comeback in 2009. The 2015 Camaro is its fifth generation since the sports car made a return. Chevrolet has introduced a Commemorative Edition line to celebrate its success, which is available in five colors along with an exclusive Adrenaline Red interior. It will also come with special accessories such as the 20-inch wheels, summer-only tires, a ZL1 spoiler, and a body-colored accessory front splitter and hood insert, to name a few.