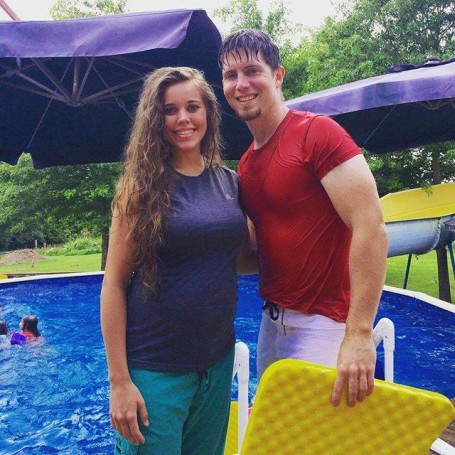 Jessa Duggar recently posted a departure picture of her sister Jill and her brother in law Derrick Dillard, leaving for an extended mission trip but the photo may have only been posted to throw fans off the Dillards’ actual destination.

According to the Inquisitr, the Facebook page Duggar Family News: Life Is Not All Pickles and Hairspray posted that the image on Jessa’s Instragram may have been taken when the couple attended the ALIVE conference where Jill was photographed wearing the same orange shirt she was wearing in Jessa’s post.

The Instagram post was captioned “So excited for @jillmdillard & @derickdillard! They’ve been praying about and working towards this transition since late last year, and are so excited to finally be heading to the mission field! Please continue to pray for them!”

According to the report, the Dillards were being very secretive about their actual destination for security purposes.

In their website, Derrick issued the following statement: “For security purposes, at this time, we’re not publicly discussing specific times and places of international service.”

Meanwhile, Jessa shocked fans on Twitter when she posted a photo of her and her husband Ben Seewald enjoying a day in the pool. What caught fans’ attention was that the reality star was wearing a pair of shorts, reported RealityTV Magazine.

Raised conservatively, the female Duggars have always adhered to strict modern standards in terms of clothing. Even during recreational activities, the girls have donned old fashioned bathing suits from WholesomeWear, which have them pretty covered up.

While Jessa’s clothing was not considered immodest, fans were still shocked to see her wearing much more casual clothing than what they are accustomed to seeing her wear on television.

The fate of 19 Kids and Counting remain uncertain following the sexual molestation scandal that broke out around the eldest Duggar son Josh, who has since resigned from his post in the Family Research Council and moved back to Arkansas to a small home he is renovating for his growing family, reported Fashion and Style.

'Red Dead Redemption 2' release date rumored to be in October...